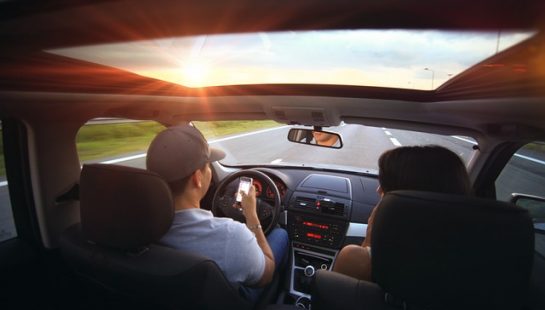 Engaging in risky behaviors when driving in Illinois endangers drivers, passengers, and the occupants of other vehicles. According to the Illinois Department of Transportation, 311,679 motor vehicle accidents were reported across the state in 2017 alone. Approximately 66,889 resulted in injuries and 998 caused at least one death. The majority of these crashes involved dangerous driving activities like speeding, tailgating, or driving while drunk, distracted, or fatigued.

According to a recent survey by ValuePenguin, about 90% of drivers admit to engaging in dangerous driving activities. These behaviors put everyone on the road at risk for serious injuries or death. Approximately 94% of motor vehicle crashes are caused by risky driving behaviors and human error.

Consuming even small amounts of alcohol reduces functions essential to the safe operation of a motor vehicle, increasing a driver’s risk of getting into a collision. Alcohol impairs a driver’s concentration and motor skills and increases reaction time. Because alcohol may impair people’s judgment, drivers may not recognize their level of intoxication or the effects the alcohol is having on their bodies. According to the National Highway Traffic Safety Administration, nearly 30 people per day are killed in accidents involving alcohol in the U.S.

Drowsiness causes significant impairments, even if people do not fall asleep while behind the wheel. Fatigue or sleepiness, may reduce people’s ability to pay attention to the road, impede their decision-making, and increase their reaction times. The Centers for Disease Control and Prevention reports that drowsiness may cause as many as 6,000 fatal traffic accidents each year.

Distracted driving involves engaging in activities that divert motorists’ attention from the primary task of operating their vehicles. According to the CDC, accidents involving distracted drivers cause about 1,000 injuries and nine deaths every day in the U.S. Distractions include anything that takes people’s eyes off the road, hands off the wheel, or minds off driving, such as changing the radio station, talking to a passenger, eating, or text messaging. Despite the dangers of distracted driving, 58% of those surveyed admitted to talking on the phone while behind the wheel. Additionally, 27% admitted to reading texts and 24% said they had sent texts while driving in the last year.