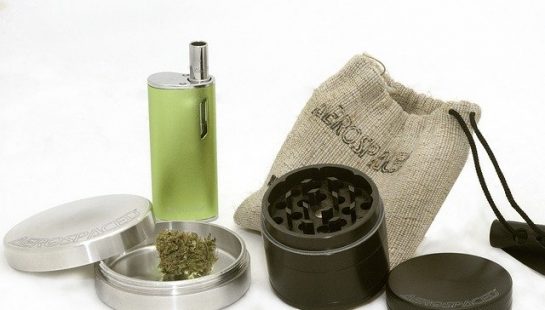 The legalization of marijuana may have an impact on workplace safety. The 11th state to do so, Illinois legalized the use of cannabis as of January 1, 2020. The move allows adult consumers, over the age of 21-years-old, to purchase cannabis-containing products from licensed sellers in the state for recreational purposes. However, marijuana use by workers, even off-hours, may cause impairments that put cannabis-using employees and their coworkers at risk for work-related injuries or deaths.

The Effects of Marijuana Use

Cannabis use may cause a range of effects. Some of the most common effects of marijuana inhalation or ingestion include impaired judgment, memory problems, slowed reaction times, sensory distortion and impaired depth perception, decreased coordination, altered senses, changes in mood, impaired body movement, an altered sense of time, and difficulty with problem-solving and thinking. Marijuana use may also decrease depression and anxiety systems, decrease nausea and vomiting, and relieve inflammation and pain in the body. People may experience the effects within 30 minutes of inhaling or ingesting marijuana, and for between one to four hours after.

Cannabis Use and Workplace Safety

With the legalization of marijuana at the state level, concerns have arisen that the use of cannabis-containing products may affect workplace safety. According to the National Institute on Drug Abuse, a study involving postal workers found that those who tested positive for cannabis suffered 85% more work-related injuries and were involved in 55% more occupational accidents than workers who tested negative for marijuana. The increased on-the-job-injury risk may result from the effects of cannabis use on the body. For example, having slowed reactions and sensory distortion may affect workers’ ability to safely operate vehicles, machinery, or other equipment on the worksite. Using marijuana may also compromise workers’ attention to detail and alertness to what is going on around them on the job, which may lead to workplace accidents that cause serious injuries to them or their coworkers.

One study found the positive effects of marijuana use may play a role in improving workplace safety. Researchers found fatal occupational injuries among workers between the ages of 25 and 44-years-old dropped by 19.5% in those states with medical marijuana laws. Older and younger workers also saw a reduction in the number of work-related deaths. A possible explanation for these decreases may involve people using medical marijuana as opposed to alcohol or opioids.

Restricting Cannabis Use Among Workers

The cannabis legalization law in Illinois includes provisions, which allow employers to keep a drug-free workplace. Under these provisions, employers may subject workers or those applying for positions to reasonable and nondiscriminatory drug and alcohol screenings and random testing. Further, employers may take actions, including withdrawing a job offer, disciplining workers, or terminating employment, for failed drug tests. Therefore, despite the legalization of marijuana, employers may effectually ban their workers from using cannabis to ensure workplace safety.

Evaluating Marijuana Use in the Workplace

Measuring cannabis impairment in employees comes with significant challenges. The marijuana industry lacks standards for the potency of the active ingredients in cannabis-containing products, doses or dosing schedules, or delivery mechanisms. Lacking measurable concentrations may impair employers’ ability to evaluate marijuana impairment of workers on the job. Additionally, cannabis impairment cannot, as of yet, be measured and assessed in the same way as alcohol. Thus, no scientific evidence exists to indicate the effects that a certain concentration of THC will have on the user’s functioning.

For pre-employment and after-accident screenings, many employers rely on urinalysis testing. A urinalysis may reveal whether an employee or potential hire has used cannabis within recent days or weeks. However, its inability to detect workers who are acutely impaired by marijuana and may pose a safety risk to themselves or others in the workplace is concerning.

Rather than using urinalysis testing, performing blood testing for marijuana may give a more accurate representation of workers’ impairment levels. Urine tests look for byproducts of the drug in employees’ systems, while blood tests look for the drug itself. Thus, blood tests may provide a clearer picture regarding the current THC levels of injured workers or employees otherwise involved in workplace accidents.

Marijuana Use and Workers’ Compensation Benefits

Marijuana use may affect workers’ ability to recover workers’ compensation benefits if an on-the-job injury occurs. Workers who test positive for marijuana, alcohol, or other drugs following occupational accidents are often denied benefits. In cases involving marijuana use, a workers’ compensation attorney can challenge that the drug test was not performed correctly or by an accredited testing lab, or that impairment was not the proximate cause of the accident.